Over the weekend up to midweek

It's been crazy and frustrating series of days. My weigh in this week was 284.6, that's a 0 lb difference. The following day? 282.4! What the hell! Was I really that weight on Sunday and just weighed myself too early in the morning? Did I lose that in a day? Is my body re-adjusting itself? I know I know that weight fluctuates through out the week but come on, it's just frustrating. I know why my weight shot up too, yesterday was my birthday and well lets just say what I ate and how much I ate I'm sure is the culprit, especially since I passed out early from a serious food coma.

For dinner Saturday I made an almost french onion soup with grilled cheese dunkers. I say almost because I didn't top the soup with bread and melted cheese but had that on the side instead. 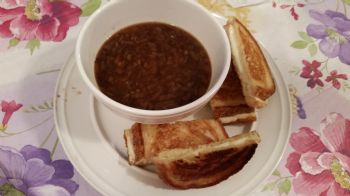 Sunday for the AFC game and to root on my Patriots I made chili topped with some greek yogurt, scallions, cheddar cheese and with a side of blue corn tortilla chips. Unfortunately it didn't send the winning vibes I wanted it to and my team lost. 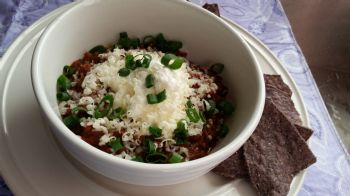 Monday was feeling kind of crumby and lazy. Found a homemade frozen meal that turned out to be scrambled eggs with veggies for lunch. For dinner made grilled cheese, that lazy of the laze. 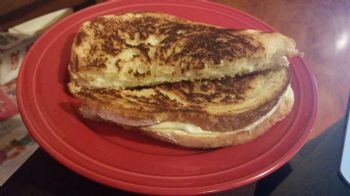 Tuesday aka birthday day. I was born so I WILL HAVE CAKE!!!! Kind of regretting the cake or making the cake, but it was and is glorious. Gingerbread cake with pumpkin cream cheese frosting, all made from scratch. I ended up with a lot of left over frosting, enough to frost a whole recipe of cupcakes........but um it kinda vanished after the constant licking of the spatula. If that wasn't enough I wanted something I hadn't had in a very long time, chinese food! I'm talking fried rice, crab rangoon, egg rolls, sugar donuts, and boneless spareribs. Well at least it only happens once a year and now just need to get back on track. Problem is the cake is still here and unfortunately I'm the only one in the house that like the flavors of the cake, gingerbread and pumpkin. Not sure if I'm going to freeze the cake or just throw it out. I really hate throwing food away so I might just bury it deep in a freeze where I can forget out it. 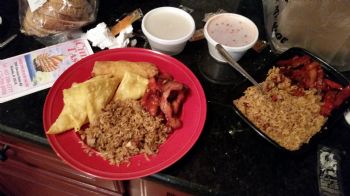 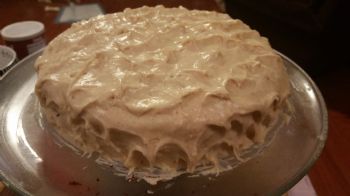 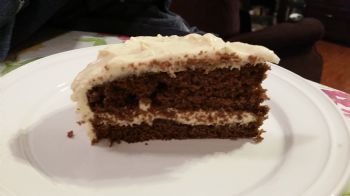 Today it rained all day, had leftover onion soup and chili for lunch and dinner. Haven't exercised at all this week, think I might fit in a youtube video later. I really need to work off all the consumption of yesterday so that my next weigh in shows a loss and not a gain.
Share This Post With Others
Report Inappropriate Blog
Member Comments About This Blog Post