Another day trip - Best of Naples, the underground and Veiled Christ.

September was a busy month. Day trips, getting the rest of our stuff and doctor appointments. I went into the doctor to get an order for an CT of my heart and left with orders for pap smear, mammogram and a colonoscopy. Oh yeah, lots of fun. I did get my CT but before that I had to have labs to make sure my liver and kidneys were healthy since I needed to have it with contrast. I guess they are fine since I had my CT. Everything looked good, they could see a marked improvement since my heart surgery. I had my mammo - it came back fine. I saw the general surgeon and the colonoscopy is scheduled. I am yet to make the appt for the pap. Baby steps.

One of the day trips was to downtown Naples. A lot of walking to include to churches, the chapel where the veiled Christ is and of course the Underground. The Underground was originally started by the ancient Greeks as a quarry. They experimented with growing plants down there. After all, it is an controlled environment and the temperature remains stable year round and it is humid. Unfortunately, the only thing that grew was mushrooms. After the Greeks, the Romans expanded the underground to bring water down from the mountains. They added an cistern to hold the water. That part is pretty cool. After them, it fell into disuse for years. The nuns used it for storage. During World War 2 it was a bomb shelter. Trashed had been dumped into it over the years. Now it has been cleared and is studied. The Ancients were quite amazing engineers. The plant experiment is being done again. A restaurant is growing basil in the tunnels. 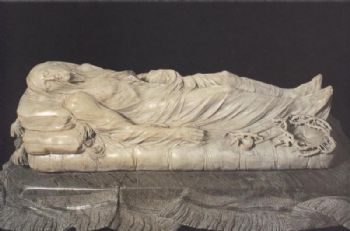 It is amazing. Couldn't take pictures there. After all the walking, we had pizza from one of the many pizza places lining the streets. It is standing pizza. An individual pizza that you can eat standing. 1 euros. Not bad. 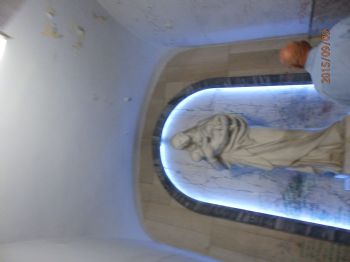 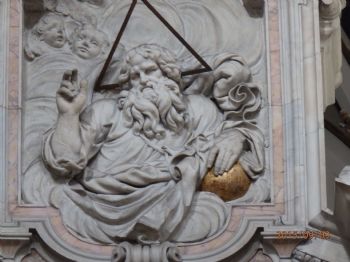