A couple of things have kind of come together in the last few days.

I say this not to brag, but to indicate how it's all in perspective.

I'm not as pleased about it as I might have been.

Even now, I can't tell you what happened. I had logged in, consistently, without fail, for nearly two years. Through all kinds of personal upheaval and trauma and spells of sturm-und-drang, I still managed to get to a computer and log in to SP.

Then, one day, in the midst of calmer times - I didn't. And not until the day following did I realize I had missed that day and broken my ever-growing streak.

I was truly and totally bummed. I whined about it for days. (As Himself would tell you. He felt bad for me, but didn't quite get why it loomed so importantly to me.)

And then... I got over it. All things must pass, ain't? So now I'm on a 300-day streak and I have to (almost physically) stop myself from saying "Yay, 300 days - and it WOULD have been a THOUSAND--!" Because that really takes the bloom off the rose, doesn't it?

That's what we do. We take our achievements and make them small, meaningless, worthless.

"I lost two pounds! But if I hadn't overindulged at the birthday party last week, it would've been THREE pounds--!" "Great, I walked half-a-mile. But if I hadn't let myself get so out of shape, I'd be walking two miles--!"

And so it goes.

You know that business about choices? Choosing the good, choosing the positive, choosing happiness--? Okay. Here's something to try: the next time you tell yourself "It's not good enough, it should've been MORE--" just remember that one pound is better than none... 200 yards is better than no distance... eating healthy at one meal is better than eating no healthy meals... and so on.

Me, now, I'll try to remember that a streak of 300 days is better than a broken streak - or no streak at all.

More numbers: yesterday was the (*sigh*) Semi-Annual Review of Blood. Sort of what vampires do to their storage vaults. A-heh.

In July, for the first time ever, my cholesterol was up out of the normal range, and that LDL-HDL ("lousy" DL and "happy" DL) ratio was out of whack.

Yes, unfortunately, I do.

Add to all that the span of six weeks back here but before the kitchen was finished in the new flat: rich cream in the morning coffee, convenience meals, carry-out foods.

Sure, I had excuses, everything from the could-be practical ("If I don't have a refrigerator, I can't keep milk around to make healthy cereal"; "There's no gym around here") to pretzel-logic ("It's okay to eat this cookie as long as I don't eat donuts"; "If I can't do a workout on a rowing machine, there's no sense in walking instead").

Go back up there and read the stuff about the cholesterol, the HbA1c, the blood pressure.

The question for me has become - was it worth it?

Was turning a blind eye to my deteriorating health even as I indulged in foods I hadn't eaten in years worth it?

Was being lazy and not sweating and not walking in bad weather worth it?

I'm back at square one. And it's hard, it's really hard.

Himself compared it to running one of those super-tankers at full tilt in the middle of the ocean, then suddenly putting on the brakes to do a 180 reversal.

In July, the "threat" was to put me back on diabetes medication and to increase the hypertension medication.

Well, I don't want THAT. I worked too hard, for too long, to get off them.

Since the 23rd of July, I have been in the gym five days a week (most weeks). I walk (treadmill) at least a mile before breakfast, and bike (exercycle) at least two miles. On three days a week I go back to the gym in the afternoons, for strength training: leg press, arm cycle, "fly weight" machines, resistance bands, whatever's going. On weekends - when our plan doesn't allow us to use the gym - I try to walk at least a mile each day, plus do some non-equipment exercising.

And as I said, yesterday was Round Two. Usually they don't do bloodwork so close together, but because we're going back to the US in a couple of weeks, the diabetes nurse wanted to see if I was making improvement - or if she would have to get me back onto the medications.

The blood glucose still needs work (!) but after eight weeks, the trend toward "healthier" is clear.

Have I lost weight? *snort* Of course not. That would be the icing on the cake (lol) wouldn't it?

But strengthened muscles burn fat more efficiently, help prevent cholesterol from accumulating in the body, and can improve blood-sugar levels. So sweating is worth it.

Balancing protein with carbohydrates also helps blood-sugar levels, and I had gotten into the habit of carrying antacids everywhere - without thinking about why I needed to have them with me all the time. Now, I don't usually need the Rolaids, and I have more energy. So eating right is worth it.

You know those lights on either side of runways that help pilots line up planes for night landings? Uh huh.

I don't want to live by numbers, necessarily, but they are surely useful to keep me on the right track. 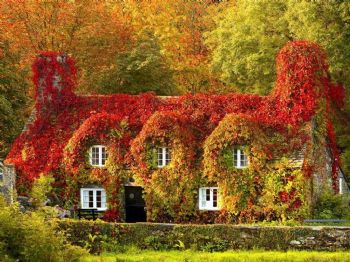