Over the weekend I was really sick, with a flare-up of my diverticulitis. I had abdominal pain and a fever, and really lost my appetite. I spent most of the weekend just resting and debating about going to a walk-in clinic. If this had happened during the week, I would have called my regular doctor, but I didn't know if I was sick enough to merit a trip to the clinic (where it would cost more). Anyway, I decided to treat myself at home, and it turned out okay. The pain stopped by Sunday. The low-grade fever persisted until Monday, but by Tuesday I was much better. (I know there are risks with this, and I was prepared to go to the ER if my fever got too high, but I've been through this before and know how to change my diet and warning signs to look for, etc.)

One thing I noticed during this time was that I had totally lost my appetite. It was the strangest feeling for me, because I'm "always hungry" normally. I struggle on diet plans, because if I eat enough to keep me from being hungry, it's too many calories to lose weight. I'm always fighting that hungry feeling on a diet, no matter how much fiber and protein I eat. So when I had no appetite at all, I tried to really observe what that felt like. I wondered if this is the way that thin people feel during an average day? It honestly was such a RELIEF to not be thinking/obsessing about food and not feeling that gnawing, relentless hunger.

On Saturday and Sunday I probably ate less than 500 calories those days...basically some tea and toast, and a little broth and white rice. On Monday I was feeling better and ate 935 calories (the same tea and toast, but also some applesauce and some chicken noodle soup). But still on Monday, I felt that my appetite was minimal. I was a little hungry by meal times, but would feel full after eating. By Tuesday I was much better, and my appetite was returning too.

I joked with my husband that I wondered if there would be a way to keep myself "a little bit sick" to keep that lack of appetite feeling going! It was so nice to not feel hungry. I would even endure a slight fever and discomfort for it, if it would help!

Now, I know that's not a good way to think of it. I'm truly very happy that I'm feeling better now, and it's a relief that my illness didn't take a serious turn (which can result in surgery, severe infections, etc.). So I don't want to play around with that. But it just made it very clear to me that my problem is my appetite. I lost probably four pounds during my illness (the fever probably burned some calories, in addition to eating little). Now that I'm feeling better, I'm really trying to keep my calories to the lower end of my normal range, about 1,200 a day, to see if I avoid regaining the weight I lost.

I'm trying to remember what it felt like to not be hungry. I'm trying all my usual tricks (lots of fluids, eating every 3 hours, counting all my calories, planning out meals), to convince myself that I'm not starving to death, and that my appetite may cause discomfort, but it's okay to feel hungry. Back to walking that tightrope. 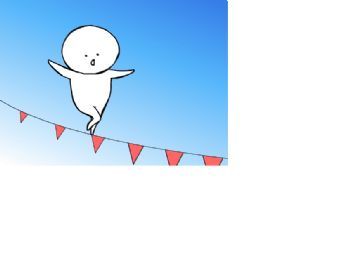