On STEPH-KNEE’s status there was a meme that said “Beast Mode: ON”

And a comment that said: “On this journey I'm either on or off. I can't explain it well, but it's like a switch flips again & I'm doing everything right. Today the switch was flipped, & I'm ready 2 rock! :)”

Yeah, that pretty much summed up my attitude this morning.

A LOT has happened over the last year, including a 30 pound weight gain. It wasn’t a planned thing. It never is. Here is a (partial) list of my excuses in case you care.

Then I added 2-4 hours of driving to my day last fall. So much sitting! ugh!

My middle daughter switched to a private school last Fall that was 15 miles from our home, so an hour long 30 mile round trip. She did not drive at the time, so that meant at least 60 miles a day of extra driving everyday. And she (or the exchange student we were hosting) had activities that brought them back to school in the evening which meant 90 miles a day. And believe it or not, sometimes she or the exchange student had to go back a fourth time, which meant I sometimes drove 120 miles a day. This did not include the activities that my youngest daughter had to be driven to.

She is driving herself now. See me doing the happy dance!

And then, this past summer, I dealt with a eating disorder that my youngest daughter was diagnosed with. She had lost too much weight, too quickly. Had gone from vegetarian to vegan in an effort to “lose that last 10 lbs” and in the process became sick and we had to seek treatment for her.

The really tricky part is that she had been clinically obese most of her life. She was the chubby one living in the shadow of two older sisters who were both slender and out going. So when she began losing weight two years ago in a healthy manner (a little less food, a little more activity) everyone was so happy for her. She transformed herself on the outside, but she still hated herself on the inside. So when it segued into unhealthy about six months ago, I was not prepared to deal with it.

And the REALLY ironic part is (get this...) is that I have found time EVERYDAY for weeks and weeks to track her food meticulously in order to be sure that she is eating ENOUGH calories and was getting ENOUGH protein and fat.

Yet until now, I have begged off finding the time to do this for MYSELF. ugh.

Suffice it to say, we sought treatment for her and she has (mostly) recovered from it and is physically healthy again. I say “mostly” because she still has really rigid thinking around food i.e will not eat if she does not know the nutritional information and is dealing with some depression.

But we are working on it…for both of us.

Let me eat a cupcake to sooth my jangled nerves.

No, that was me yesterday.

Me today will sooth my jangled nerves by:

tracking my food (already pre-planned and entered into my tracker!)

by getting out my pitcher of water and filling it with lemons and cumbers (yum!)

by writing this blog.

BTW - here are a few of the GOOD things that have happened this year:

2. I found a meditation group that I love (and found a guru)

3. Went to Hawaii and Paris last year with my DH

4. Have actually experienced (despite the above whining) more contentment and joy and satisfaction with myself both physically and mentally in the last two years than in the previous 45 (you do the math)

5. Continue to work on various writing projects including a novel that occupy much of my peaceful and joyful down time.

6. Such a relief to be back in healthy mode.

7. Such a relief to be back at Spark. 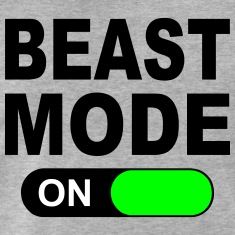