Yesterday my friends & I participated in first race for the Beer Challenge Race Series for San Antonio. We decided to dress up as super hero's, I went as Super girl, and the other two went as Wonder Woman & Bat Girl. We had alot of fun even though it was NOT a flat course and it was pretty stinking hot & humid. haha. It was a good run & different than our usual. We also got medals that can also function as bottle openers! haha 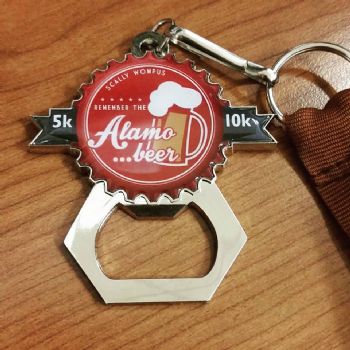 Our next race is in just 2 weeks and it's a hilly 5 miles. I'm pretty certain I'll be walking some of that. Just four more races and we'll have done our 12months12races!!!
Share This Post With Others
Report Inappropriate Blog
Member Comments About This Blog Post