After spending almost 2 weeks “on the rails” in Montana I’m ready to be home again. We leave again in a couple more days to go to Coos Bay, Oregon so I’ll be posting another blog when we return next week. With only about a one week turn-around between trips I’m feeling pretty exhausted. I decided to try the camera on my new smart phone for this trip so the pictures aren’t as good as they would have been with my regular camera. No one told me to turn the camera sideways to take better pictures so it’s hard to see much in a lot of them. Live and learn I guess. I did manage to figure out how to take video with my camera so will include a couple of those also.

We left Oregon on June 6, following behind our friends Don and Joyce in their motor home pulling their “speeder”. 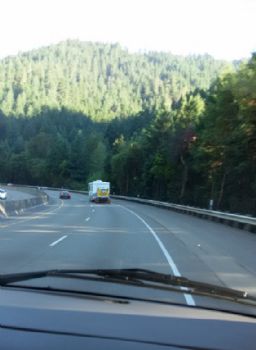 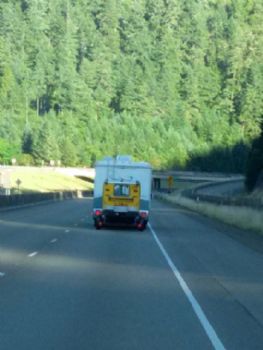 We stopped for breakfast along the way and saw this in the parking lot, didn’t get to see the owner but I think he spent too much time in the ‘60’s. I love the flamingo on the front….

The Columbia River along the Lewis and Clark trail… 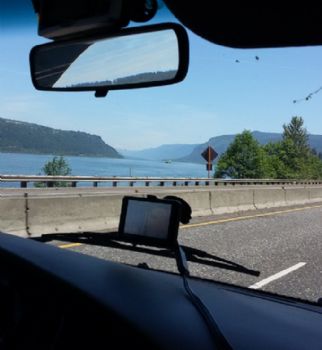 In our railcar, also called a speeder, finally on the rails in Montana. This was taken near Dixon in the northwestern part of the state. It’s beautiful there but was really hot and humid. Our friend Don collapsed and was taken to the hospital, they ended their trip and returned home early. 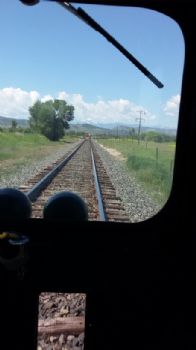 On Central Montana Rail, near Denton, more near the center of the state. 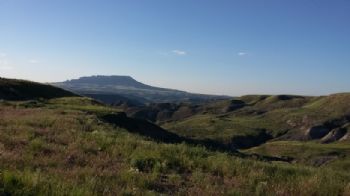 The end of the tracks… 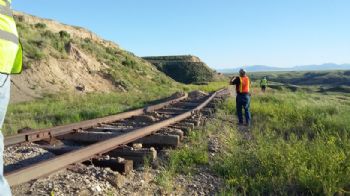 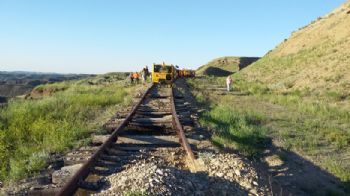 Heidi and Maggie enjoying the ride 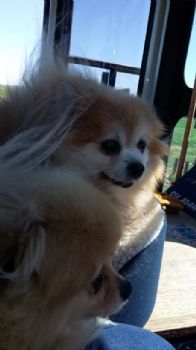 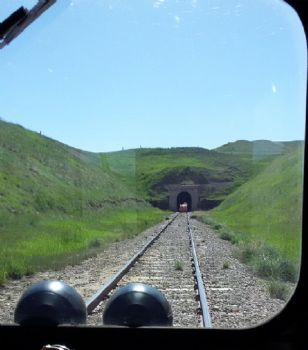 Inside our speeder, this one would have been better without my finger in the picture 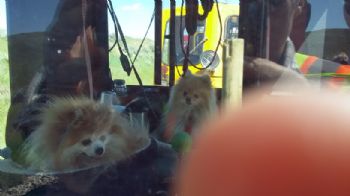 The Judith River Bridge, a tressel in Central Montana near Geraldine. In 2011 flooding caused damage to the footing of the bridge which stands 80 – 100 feet above ground level. This year is the first that rail traffic has been allowed on the repaired section. The damage to the bridge was devastating to the local farming community that use the rails to transport their wheat crop to sell. 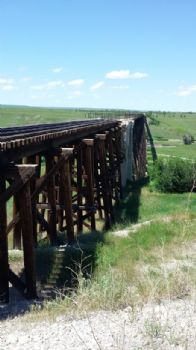 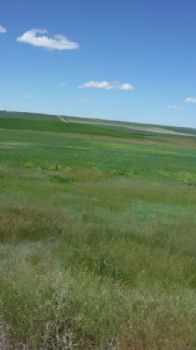 A lot of wildflowers could be seen along the rails, if you look closely you can see the pink flowers on the hills in the distance. There were many blue and yellow flowers also that I didn’t manage to get a picture of. 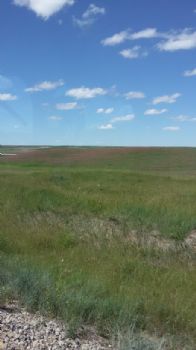 Rod standing next to a snow plow. It gives you an idea of the amount of snow Central Montana gets in the winter. 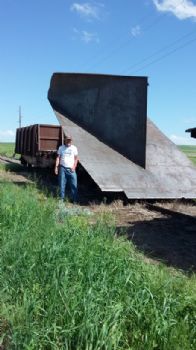 Here are links to the video blogs I posted today of this trip also:

"A Ride Down the Rails in Montana":

More "On the Rails in Montana":

For those of you who haven’t read my blog describing our unusual hobby, here’s the link:


Next week, on to Coos Bay, Oregon and another blog to come….