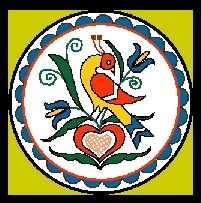 It is contrary to Pennsylvania law to discharge a gun, cannon, revolver or other explosive weapon at a wedding.

It is illegal to have over 16 women live in a house together because that constitutes a brothel. However up to 120 men can live together, without breaking the law.

It it illegal to sleep on top of a refrigerator outdoors.

Any motorist driving along a country road at night must stop every mile and send up a rocket signal, wait 10 minutes for the road to be cleared of livestock, and continue.

A special cleaning ordinance bans housewives from hiding dirt and dust under a rug in a dwelling.

You may not sing in the bathtub.

Fireworks stores may not sell fireworks to Pennsylvania residents.

A person is not eligible to become Governor if he/she has participated in a duel.

Any motorist who sights a team of horses coming toward him must pull well off the road, cover his car with a blanket or canvas that blends with the countryside, and let the horses pass. If the horses appear skittish, the motorist must take his car apart, piece by piece, and hide it under the nearest bushes.

Ministers are forbidden from performing marriages when either the bride or groom is drunk.

No more than two packages of beer at a time may be purchased, unless you are buying from an official "beer distributor"

All liquor stores must be run by the state.

Motorized vehicles are not to be sold on Sundays.

You may not catch a fish with your hands.

You may not catch a fish by any body part except the mouth.

Dynamite is not to be used to catch fish.

And now for the local laws in PA

In the middle of town, one must pay a fee of $50 dollars a year to park on a particular block. At night, however, the cars must be moved for street cleaning. This law is enforced even if snow or ice prevents the cars from being moved.

One's pants may be worn no lower than five inches below the waist.

All fire hydrants must be checked one hour before all fires.

One may not shoot any dog that is found wandering the streets.
The sale of alcohol is prohibited.

It is required that a woman have a permit to wear cosmetics.

Every outlet or switch (which can be purchased for 59 cents) that is installed requires an electrical inspection fee of 1 dollar and 33 cents.

It is still illegal to bring a donkey or a mule onto a trolley car.
No one is allowed to sleep on a refrigerator.

You cannot walk backwards eating peanuts in front of the Barnstormers Auditorium during a performance.

Horses are not to be tied to parking meters


Saturday Humor at the expense of the state I love. Pennsylvania has the strangest "Blue" laws on the books